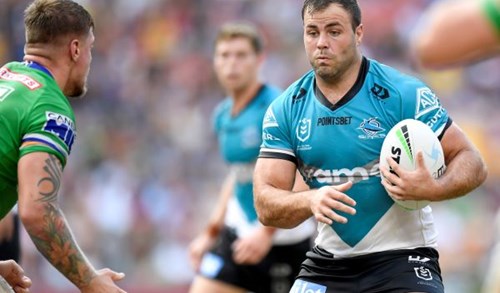 It will be a case of ‘Sweet 16’ for True Blue Wade Graham, who has extended his time at Cronulla-Sutherland Sharks until the end of 2023.

The club’s long-standing skipper has agreed to a 13th season at the Sharks ending speculation that he might be calling time on his NRL career.

The 32-year-old will now be playing a 16th season of NRL after making his debut with the Penrith Panthers in 2008 as a five-eighth.

His first game for the Sharks in 2011 was at halfback and he remained at either No.7 or No.6 for that entire season.

Graham made his NSW Blues debut in the second row in Game Three of the 2016 Origin series. He went on to play six Origin games and was part of the 2019 series win where he played a key role in Game Two after filling in at five-eighth when an injured Nathan Cleary left the field.

He would have been closer if he hadn’t suffered injuries in recent seasons, including a knee reconstruction in late 2018, and concussion and hamstring issues over the past two years.

“I'm really proud and grateful to have the opportunity to play on for another year here at the Sharks,” Graham told sharks.com.au

“I'm looking forward to getting back, ripping into another pre-season and helping the squad to improve on the progress we've made as a Club last year.”

Graham has played 235 games with the Sharks, including 15 NRL finals highlighted by the 2016 Premiership.