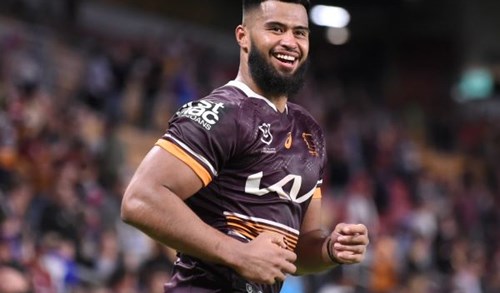 True Blues Payne Haas and Adam Reynolds have picked up honours at the Brisbane Broncos club awards night for the 2022 season.

A third member of the Blues family – Jaime Chapman – was also recognised.

Haas, at the age of 22, has equalled one of the Origin and Broncos greats in Allan ‘Alfie’ Langer in joining him as the only two players to win the Paul Morgan Medal for Player of the Year four times.

It is the fourth straight year that the Brydens Lawyers NSW Blues prop has claimed it and that’s not surprising when he churned out an average 163 metres a game – 77 post-contact – an average 15 hit-ups and 32 tackles in his 20 matches for the Broncos in 2022.

The Paul Morgan Medal is voted on by the club’s coaching staff and players with Haas polling 61 votes; five clear of winger Corey Oates (56) while Reynolds (48) was third.

Haas also collected NRL Best Forward trophy for his efforts in helping the Broncos finish only a win shy of making the finals.

Reynolds also showed the class he brought to the Broncos this year as the former Blues half received two other awards on the night - the NRL Best Back and the coveted Club Person of the Year.

Another Blues player was also recognised at the Broncos gala dinner in the Brisbane Convention and Exhibition Centre.

Chapman, who was captain of the 2021 Origin-winning Harvey Norman NSW Under 19s Women’s side, was crowned the NRLW Player of the Year for the Broncos. She scored four tries in five games, alongside 36 tackle-busts and eight line-breaks.

Chapman’s speed, strength and ability to beat her player saw her repeatedly top the highlights reel in NRLW competition.