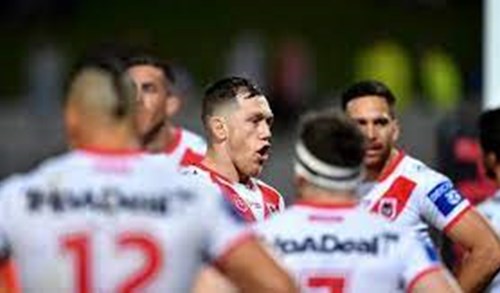 Cronulla-Sutherland Sharks recruit Cameron McInnes made such an impact on former NSW Blues assistant coach Craig Fitzgibbon during the 2020 State of Origin camp that Fitzgibbon knew he had to have him whenever the time came for him to take the reins of a NRL team.

As fate would have it, McInnes signed for the Sharks in February 2021 with John Morris at the helm. Not long after, Morris departed, and Fitzgibbon was handed the clipboard for the 2022 season.

While McInnes never made the starting 17 for the Blues, Fitzgibbon saw enough from him at training to know the sort of impact the former St George Illawarra Dragons captain could have on a side.

“I remember saying to him, ‘I’m not sure where I’m going to end up coaching (in the NRL), but when I do, I am coming for you,’” Fitzgibbon said at a Sharks function last week.

“He was phenomenal, just intensity and preparation.”

The Sharks have always had a reputation as a tough, defence-orientated team and Fitzgibbon’s appointment is one that McInnes believes can help them achieve further success.

“I think he’s going to bring some toughness and a defence-orientated approach,” McInnes said.

“Coupled with the exciting players we have I think it’s going to be a great balance there.”

The Sharks have added plenty of talent and leadership to their squad for 2022 with Dale Finucane and Nicho Hynes both making the move north to join McInnes in the Shire.